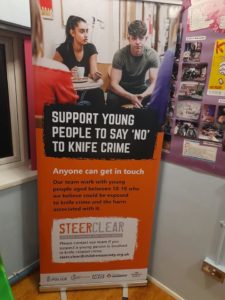 Unlike gun crime, it is difficult to stop the supply of knives. I go into my kitchen and there are a number of potentially lethal weapons kept there. I would hope that none of my kids would go out with one.

“With the availability of knives, it’s about making people – in particular young people – aware that carrying a knife, or using a knife in violent circumstances has enormous consequences.

“If someone carries a knife and stabs somebody else, they may not intend to kill them but that is the reality of what can happen.”

The number 1 reason for young people carrying knives is fear we must make our youth feel secure..

offences recorded in England in the 12 months to March’21

Police-recorded murders involving a knife or sharp instrument in the 12 months to March 2021.

percent increase in admissions to hospitals in England for attacks by sharp objects in 2020/21 compared to 2014/15.

children aged just 17 or younger were murdered with a knife or sharp object in the 12 months to March 2020.

We are trying to reverse the trend in our community.  We can provide training to individuals and groups based on awareness and defensive tactics. 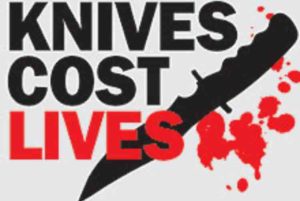 by Waseley Hills School on Redditch Self Defence
Positive influence

Pete has a very positive influence on our students, is able to engage with them and provide them with... Continue reading →

by Parkside School on Redditch Self Defence
Amazing

On behalf of Parkside Middle School can I thank you for your two knife crime sessions you did with us... Continue reading →

by St Bedes middle school on Redditch Self Defence

A massive thank you to Pete for delivering these sessions. Children are still continuing to ask if they... Continue reading →